Humptulips River, originating from the the base of the wild Olympic mountains and being fed from the East fork and West fork of the Humptulips river, this river creates the perfect habitat for both big steelhead and some of the hardest fighting salmon around, hosting breeding grounds for all five species of pacific salmon and steelhead the Humptulips river also has healthy stocks of sea run cutthroat trout and dolly varden trout up to 10 lbs! January through April 15.

On any given day, we fish this river regularly for wild steelhead where an average day its not uncommon to use many techniques to catch these fish. Pulling diving plugs creates vicious strikes, side drifting eggs or shrimp can create that perfect "finesse" presentation to allure a big steelhead to play with your offering, or even running a subtle jig through a nice slot can provide non stop action for a fun day of winter steelheading on one of the Olympic peninsulas most premier steelhead rivers in the state.

September through December screams Chinook, Coho, and chum salmon when the Humptulips comes to mind, floating down the lower half of the river basin in our 17' custom made drift boat you'll be certain that there wont be a hole or spot on the river un-fished by either floating eggs and shrimp, casting spoons or spinners, backbouncing or backtrolling large banana style plugs for hungry, almost suicidal striked by big hungry coastal salmon. Average weight for kings on this river are right around 18-21 lbs and our Coho come in closely between 8-14 lbs. Using light tackle, an experienced guide and non stop action makes a day fall salmon fishing unforgettable on the Humptulips river.

The Humptulips river is located in Grays Harbor County, WA, in the Olympic National Forest. It is a popular destination for sports fishermen.  The Humptulips river is renown for its spectacular salmon and steelhead fishing and surely holds its reputation year after year for producing big fish and lots of them.

Beginning with the September 1st opener for salmon, Chinook and Coho salmon flood the lower part of the river giving anglers opportunity to hook into 30 lb plus King (Chinook) salmon and Coho (silver) salmon pushing 20 lbs.

Average hookups are usually between 15 - 25 fish a day.  As the fall months creep in, Coho, King and Chum salmon can be pursued all fall into December.

December and January provide an opportunity to fish for hatchery Steelhead while the later months of winter give us some of the worlds best native catch and release steelhead fishing there is, with fish being caught and released over 20lbs every year.

Our expert fishing guide will take you to his favorite spots, where you will catch King, Coho and Chum salmon, as seen in these photos from recent guided fishing trips.

Gaffney's Washington fishing guide service will help you learn how to catch the big ones on the Humptulips River, just like these folks did! 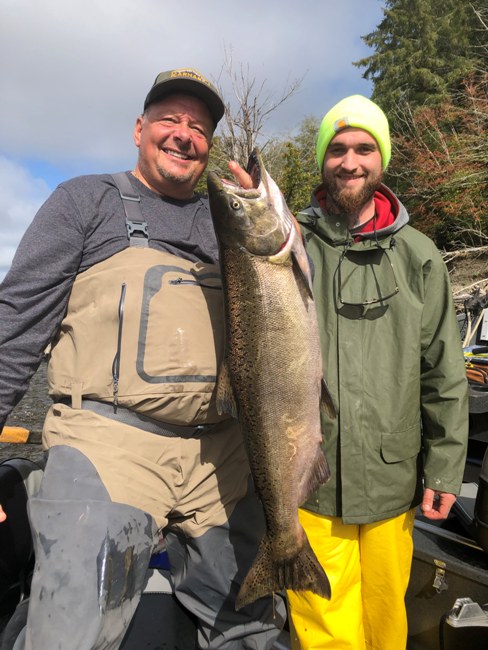 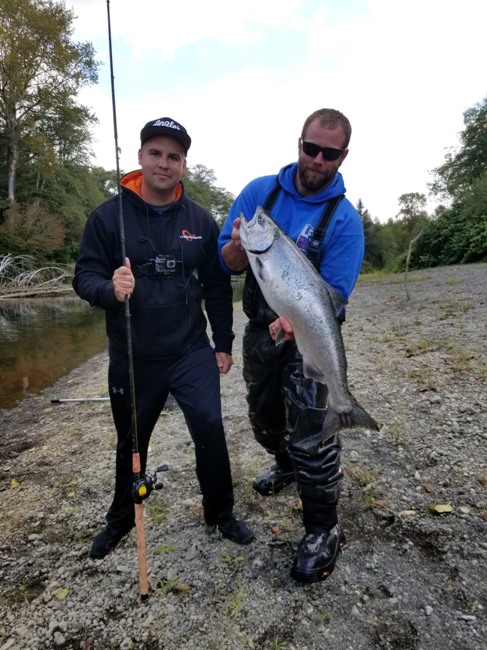 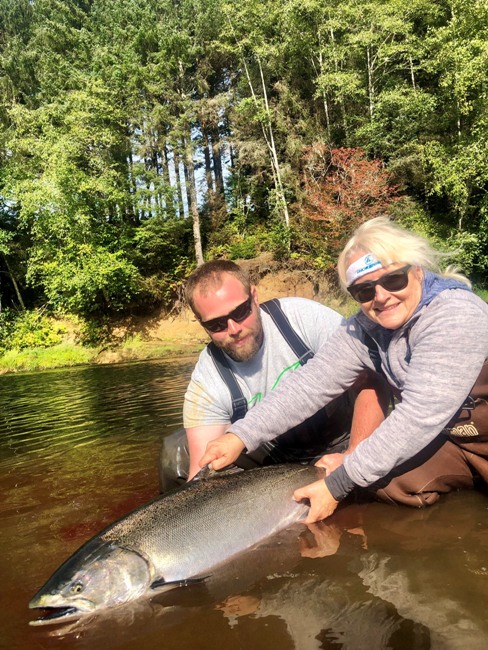 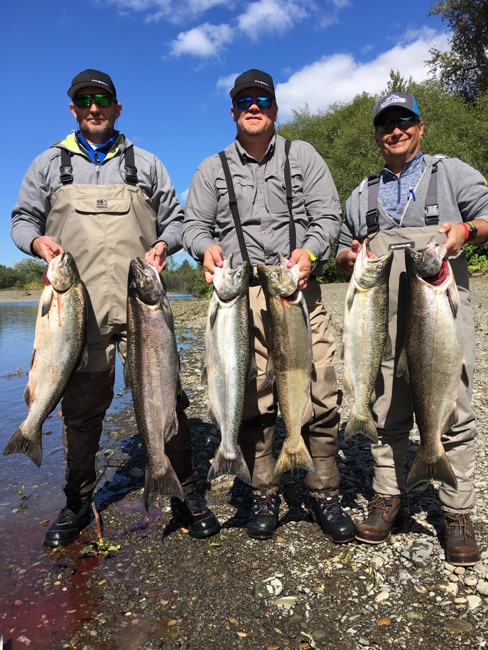 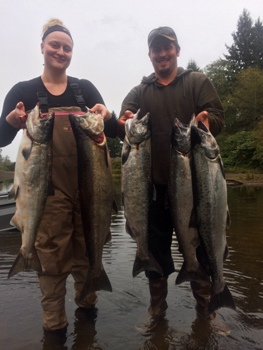 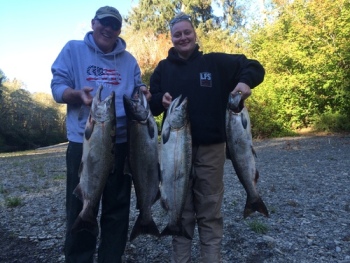 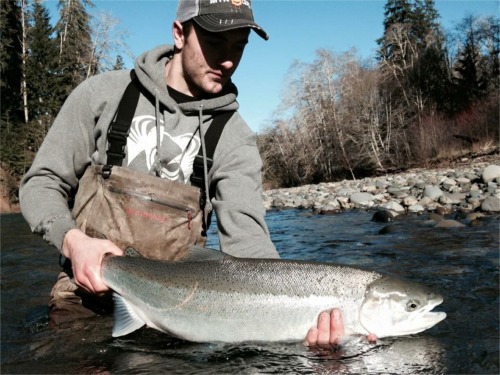 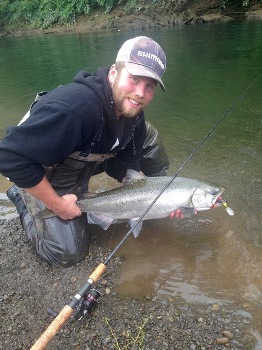 Fishing Map of the Humptulips River

Contact Us for More Info about Humptulips River Fishing